Have you ever heard of Myxomycetes?
It is a mysterious creature that is known to have been studied by Kumagusu Minakata.
Some of you may remember them as the biological weapons in “Nausicaä of the Valley of the Wind.” However, they are not scary creatures!
They walk around like animals, but they reproduce by spreading spores like plants.
Today, I will introduce Myxomycetes that we raised at the laboratory.

・How to raise myxomycetes – It seems easy but difficult!
・Myxomycetes may be carriers of pathogens in nature.
・An experiment to multiply a virus in Myxomycetes.

Myxomycetes are mysterious creatures. Have you ever seen them?
They are said to be found on fallen trees and leaves after a rainy day, but I have never seen it…
It is possible to keep them indoors.
All you have to do is to place on agar, clean it frequently, feed it, and keep it moist.
At our laboratory, we are raising Physarum rigidum. 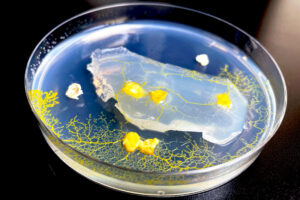 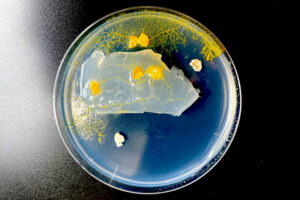 We received it from Ms. Mana Masui , who used to work with Prof. Mizutani on Myxomycetes.
This is a morphology called a Plasmodium, and it stretches its legs like branches to search for food. They move 1 cm/h! The lumpy stuff is oatmeal.
In addition to oatmeal, they also eat rice malt and bacteria on the culture medium.
Transforming bacteria are sensitive to temperature changes and will die if it is too cold or too hot.
That is why we keep them in a wine cooler. 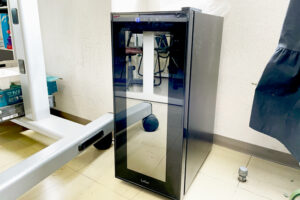 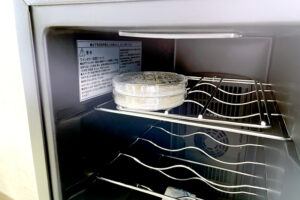 The care itself seems simple, but it is surprisingly difficult.
Recently, they have become more stable, so I have been trying to change the frequency of feeding and environment in which they are kept to see what type of changes I can observe. The shape changes every day, and it is a lovely thing.
Do you want to try keeping Myxomycetes too? If so, there is an easy way to keep them at home.
In fact, instead of agar, kitchen paper can be used as a culture medium for Myxomycetes. 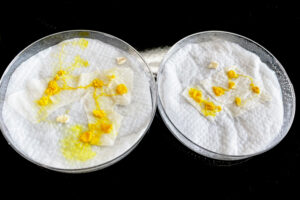 Taking care of them with kitchen paper is recommended because it is easy to clean and replace the culture medium.
Now, there is a theory that these lovely Myxomycetes may be “carriers of pathogens” in the natural world.
According to a study by Debra et al. (Front Cell Infect Microbal, Nov 2018), some of the D. discoideum (a kind of Myxomycetes) have been found to harbor bacteria in their bodies!
Myxomycetes are predators of bacteria and were previously thought to have no bacteria in their bodies.
However, it has been demonstrated that some D. discoideum are able to carry a wide variety of bacteria throughout their life histories, and in vitro, many bacteria avoid phagocytosis and persist through multiple cycles. This means that the bacteria may be maintained within the myxomycetes and spread as they move.
It has been said that “amoebas” have the potential to carry many bacteria and virus. 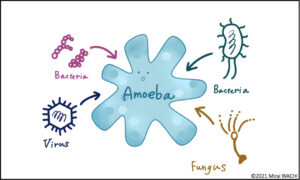 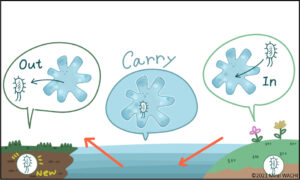 The “amoeba” is vaguely defined, but Myxomycetes that move around and predates is also considered a type of amoeba.
They have a unique and mysterious lifestyle but may play a role in the migration of bacteria.
Currently, we are planning an experiment to infect these Myxomycetes with a virus. Myxomycetes are one large unicellular organism, and their cytoplasm contains hundreds of millions of nuclei. Most viruses use the nucleus for their replication. So, what if the virus can multiply in Myxomycetes? If the virus replicates rapidly and in large numbers, it could be established as an efficient way to amplify viruses.
Of course, there are still some problems to be solved, such as how to launch the virus into the thin myxomycetes and whether it will interfere with the bacteria inside.
However, I am expecting that this unprecedented combination of myxomycetes and viruses will produce interesting results. 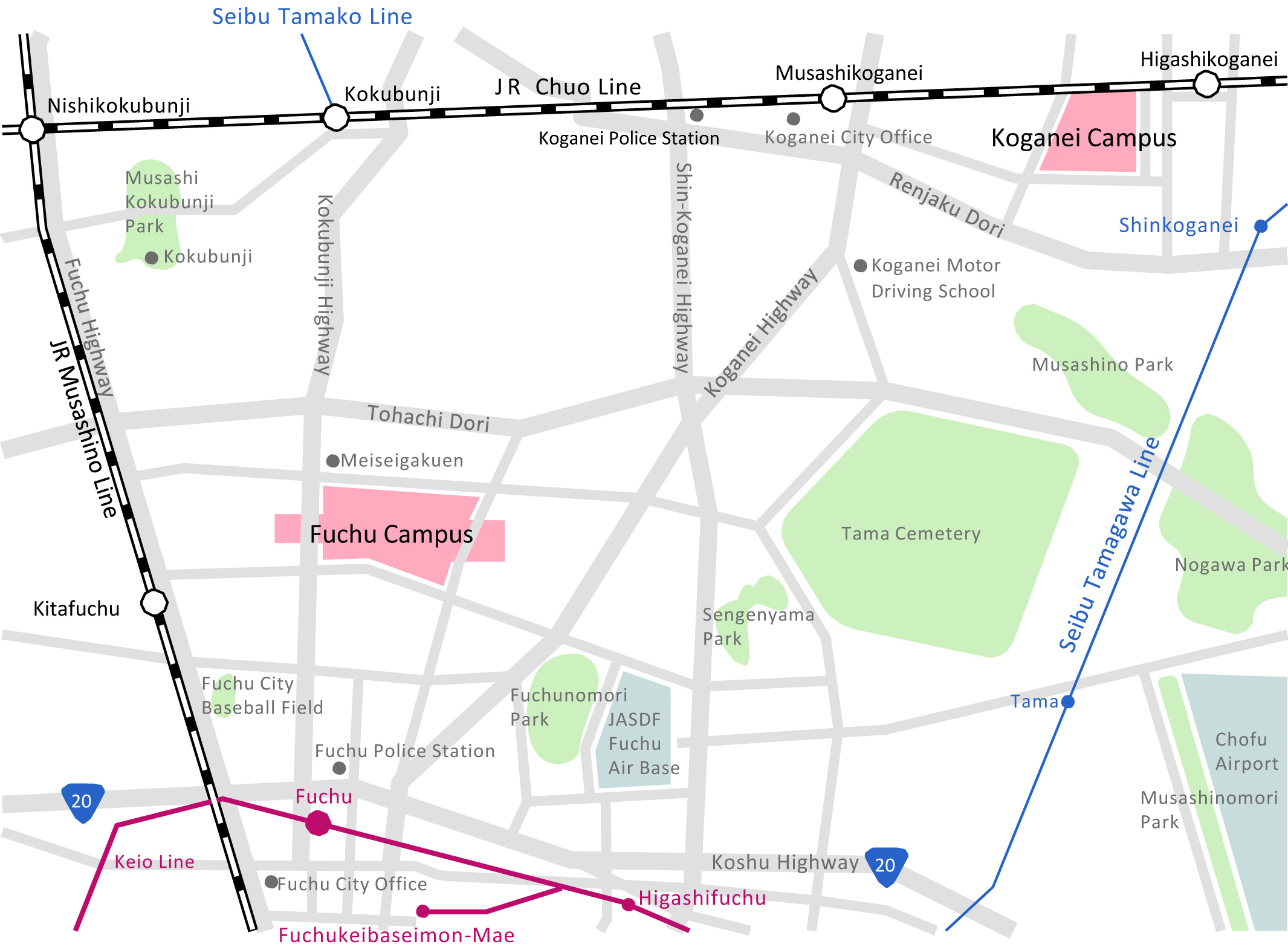 Please fill out the form below and click To Confirmation button to transmit your inquiry.